The colours of Lavenham

I recently re-visited Lavenham with my fiancee Gilly. This is a special place for us as I proposed to her in the restaurant of The Swan Inn. This is a 15th century building which I can thoroughly recommend for a weekend stay. 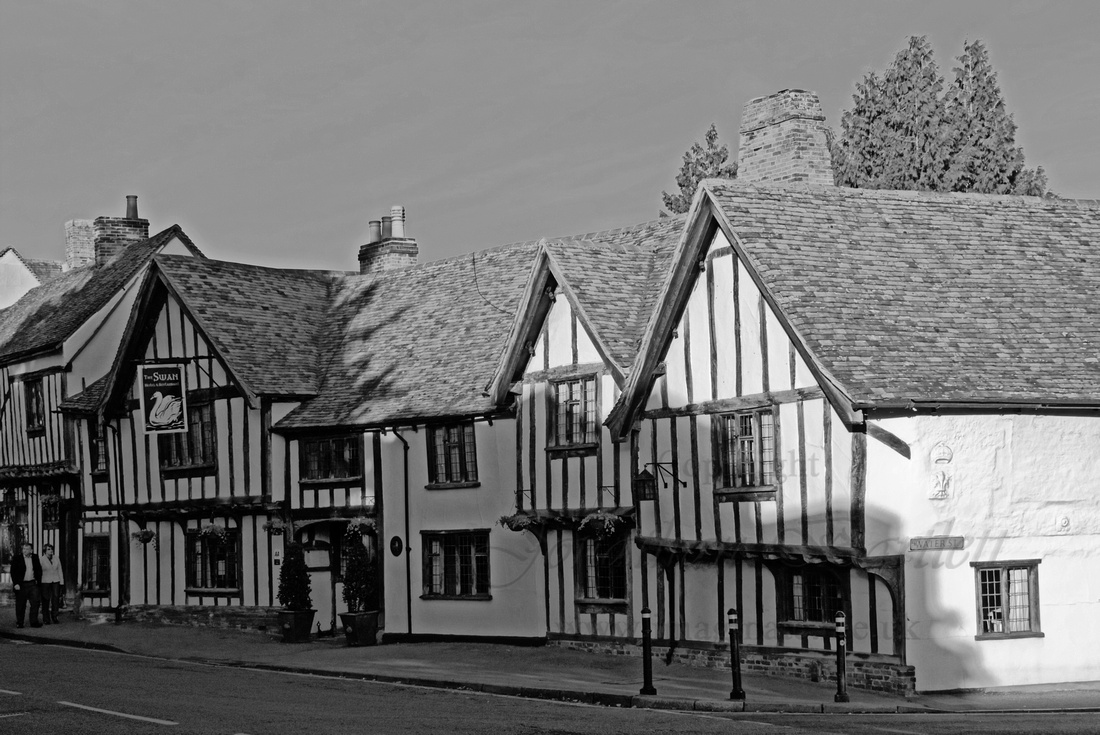 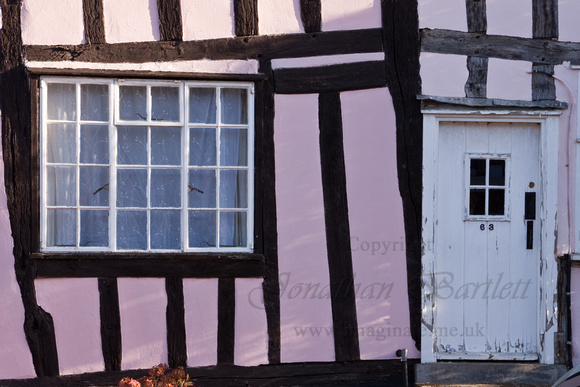 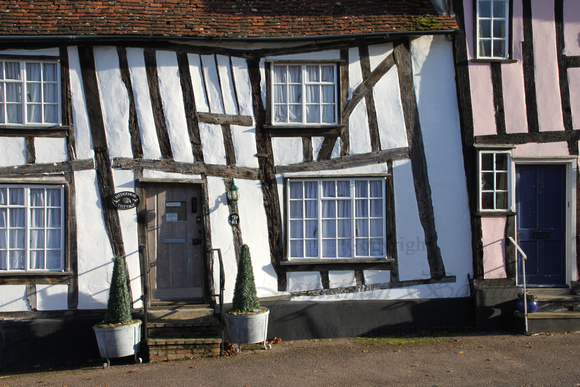 Lavenham is special for other reasons too. As you will see from my photographs, the architecture in this medieval village is stunning. With their bright colours, which seem to be typical of Suffolk, the half-timbered buildings conspire to form a picturesque village in the middle of the English countryside. If it were not for the presence of motor cars you could be forgiven for thinking that you had travelled back to a bygone era.

Of course not all of the buildings here are brightly coloured; some opted for the more traditional black and white, but this just adds to the character of the town. 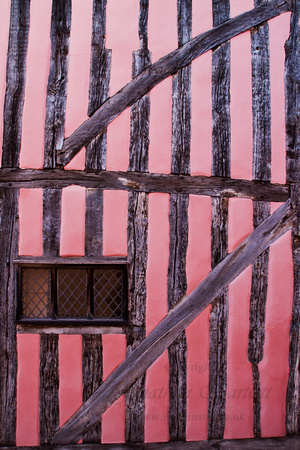 I don't know to what extent the ancient timbers have moved with time or if the houses were built crooked in the first place. Having renovated a 19th century property a few years ago I suspect that there is an element of both. Some of the houses appear only to remain standing with the generous support of their neighbours. 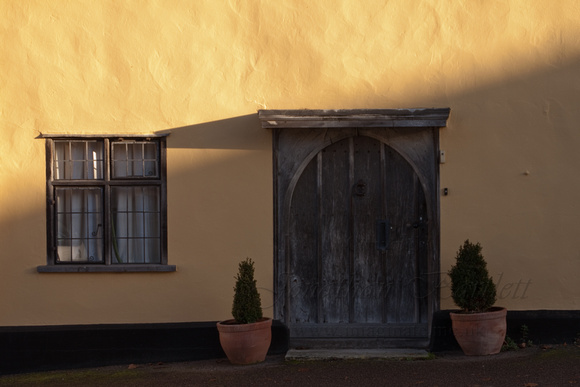 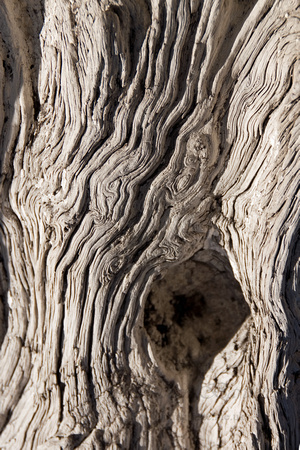 We took an afternoon walk around the village, Gilly browsing the shops and boutiques, me escaping at every opportunity to take another photograph. The winter sun did its best to cast shadows accross the buildings and, as it sank lower in a cold, clear sky, the colours intensified and the grain in the weathered timbers stood out.

It is often worth slowing down and paying attention to detail, such as these three wise imps above a shop doorway. 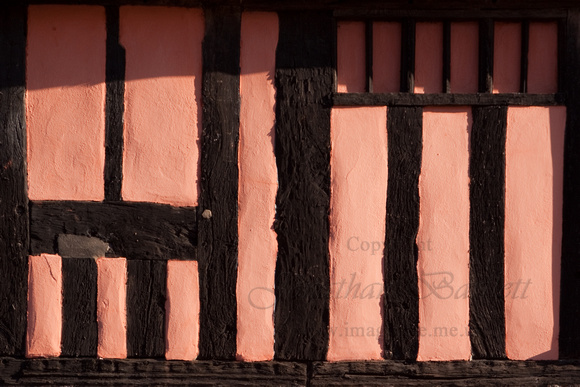 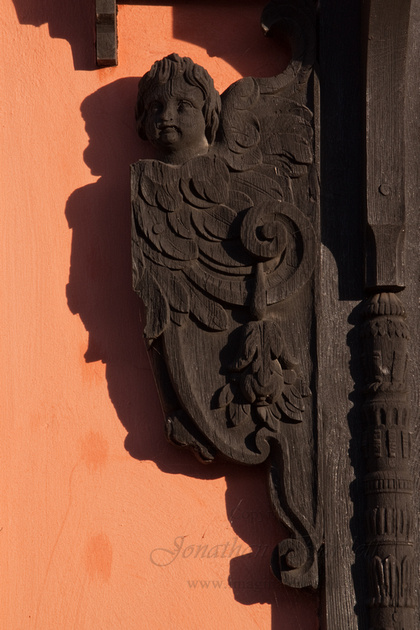 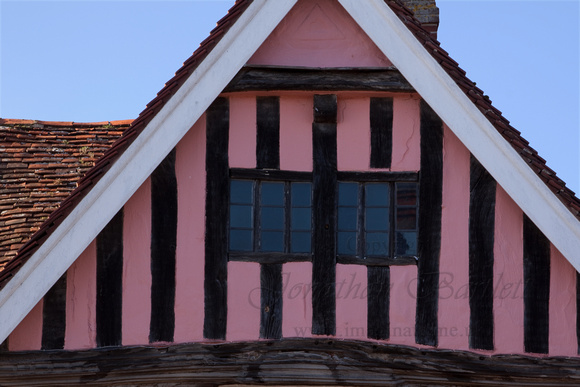 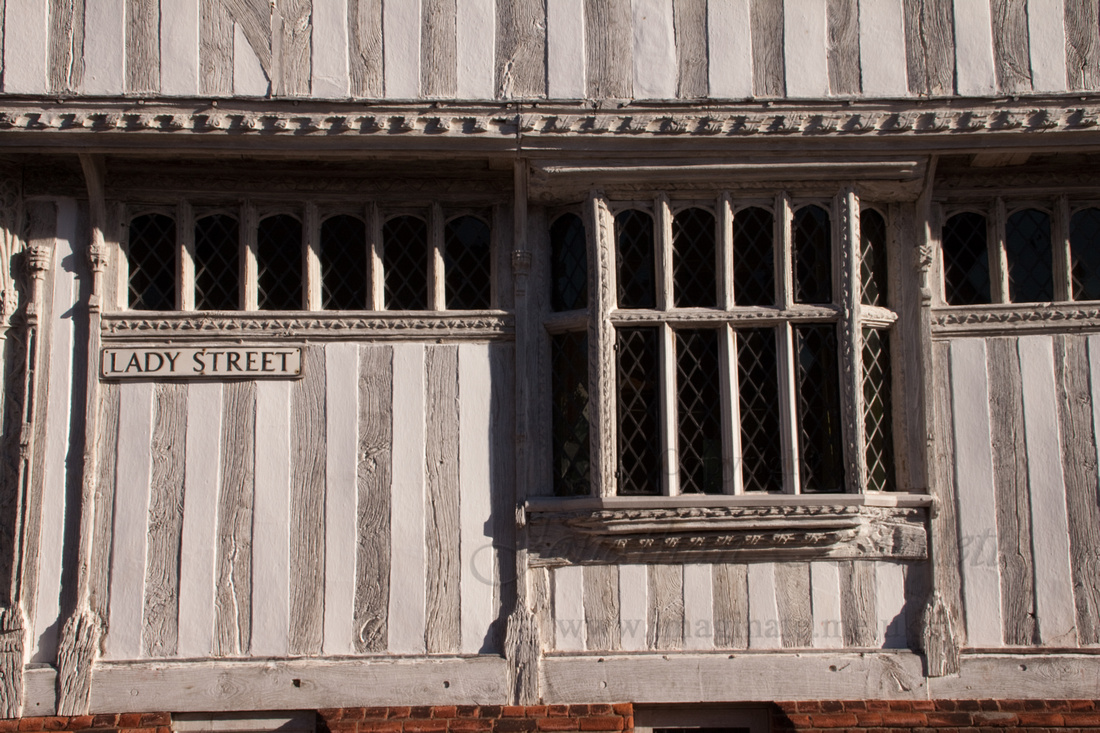 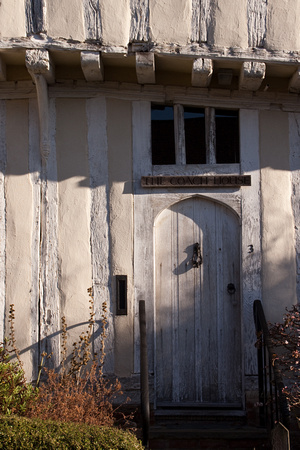 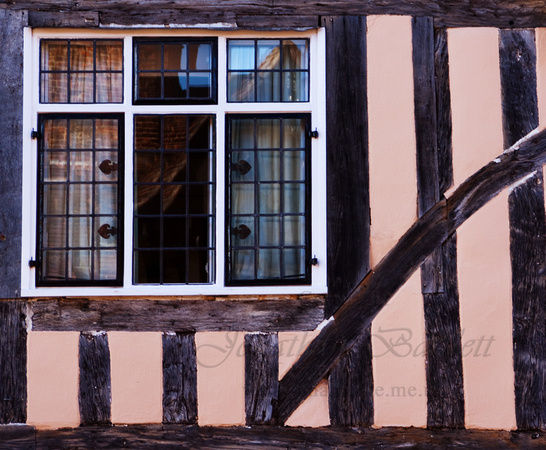 Even some of the more modern buildings employ a vivid palette of orange and pink. 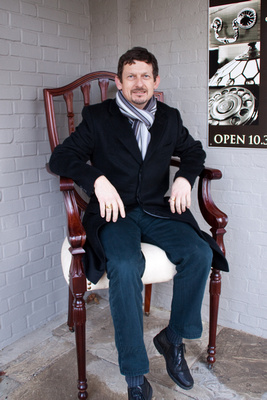 An old chapel has been converted into an antique furniture showroom with an enormous dining chair outside. My feet didn't reach the floor, making me feel like a little boy again with legs swinging in mid-air. It is surprising what memories can be evoked by such simple things.

After a while we made our way to the church and wandered in to take a look, which is where I spotted this beautiful carving of Mary and the infant Christ. 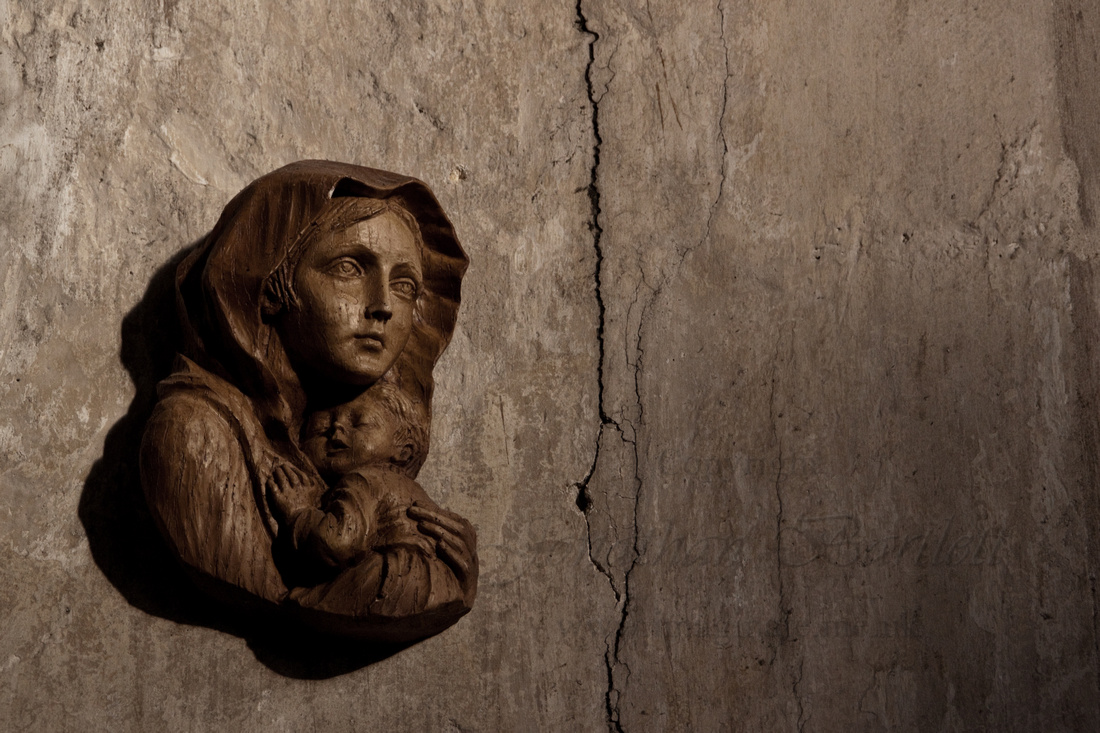 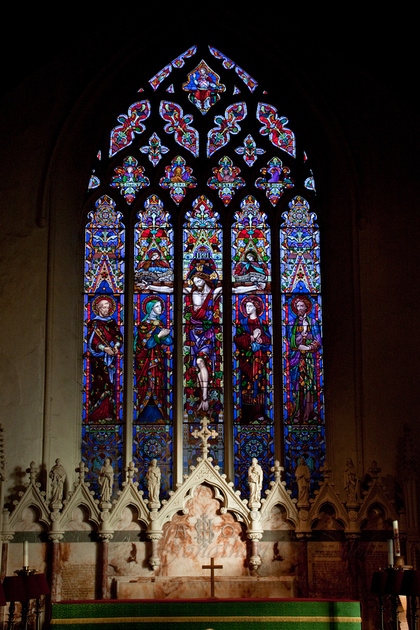 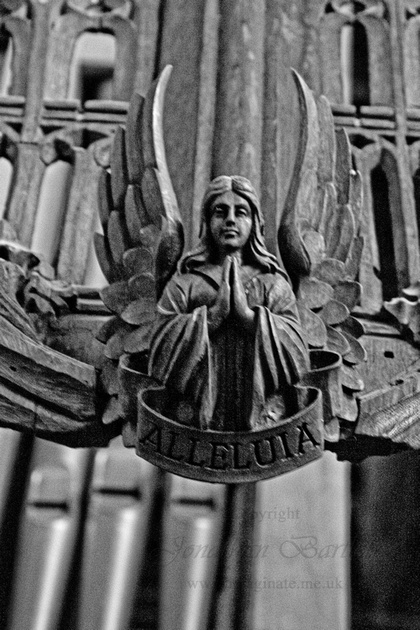 And that seems to be an apropriate point to leave Lavenham for now but we will return to this beautiful village for our aniversary again next year.