The story of Oradour-sur-Glane

I normally write a travel blog encompassing an entire trip or holiday and try to give some insight into history, culture, food and beauty of a region and generally to inform, educate and entertain. Also, obviously, to showcase my photographic skills! Here I am going to break with this tradition and focus on just one site and one story, the abandoned village of Oradour-sur-Glane. I am doing this because the story of this martyred village affected me in a way that few museums or memorials ever have. This is the story of a single atrocity committed by Nazi SS soldiers against unarmed civilians and so I would ask anybody of a sensitive disposition to look away now. 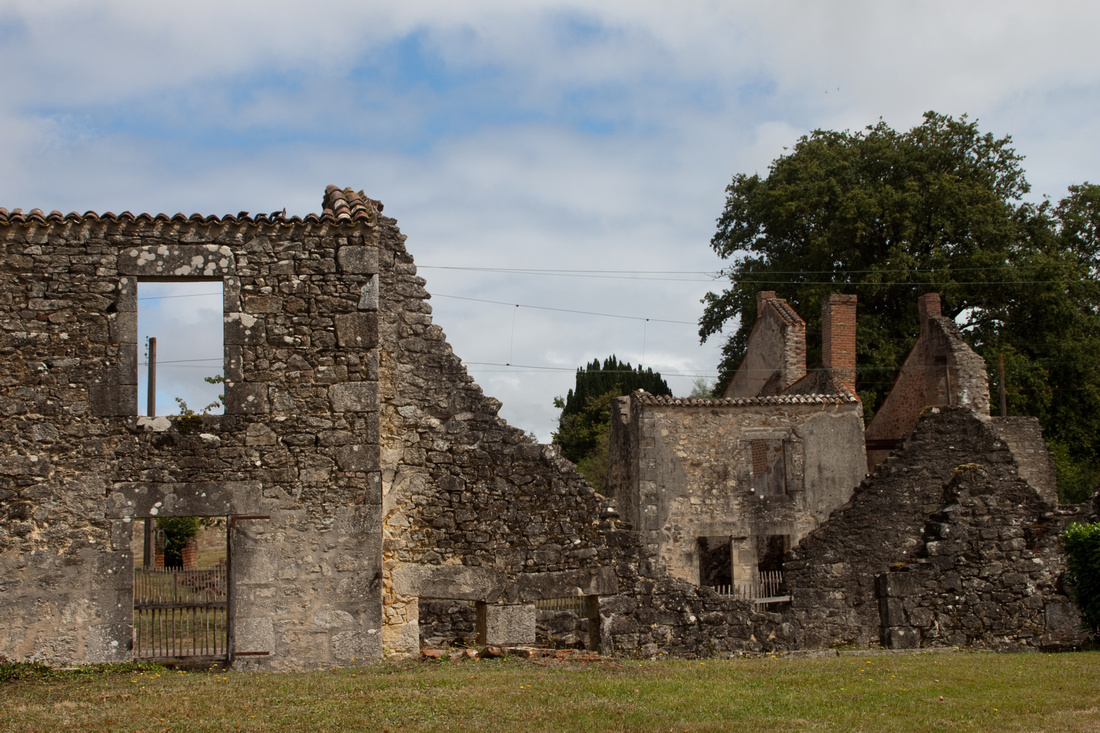 I think the reason that this site had such an effect on me is that it has been left to tell its own story. The village is abandoned and has the bare minimum of maintenance to keep it as it was left all those years ago. So without further ado I will get to the story of this hauntingly atmospheric site.

To place these events in a timeline it may help to remember that D-Day (codename for the Allied invasion of Normandy) took place on 6th June 1944, we now know that this was the beginning of the end for Hitler and Nazi Germany. 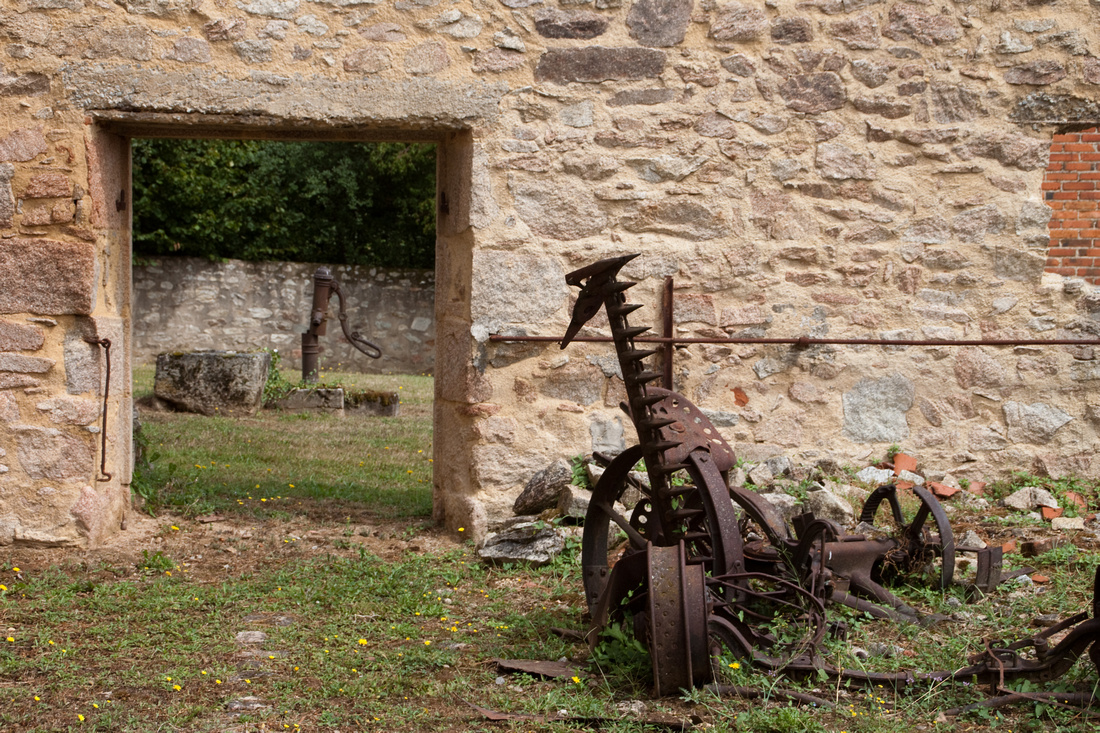 Stationed near Toulouse in Southern France was the 2nd SS Panzer Divison Das Reich, it is believed that SS-Sturmbannführer Helmut Kämpfe, commander of the 2nd SS Panzer Reconnaissance Battalion had been captured by the French Resistance and was being held in the village of Oradour-sur-Vayres. Early on the morning of 10th June 1944 news of this capture reached SS-Sturmbannfűrer Adolf Diekmann via members of the collaborating Vichy regime, Diekmann's response was a brutal reprisal. 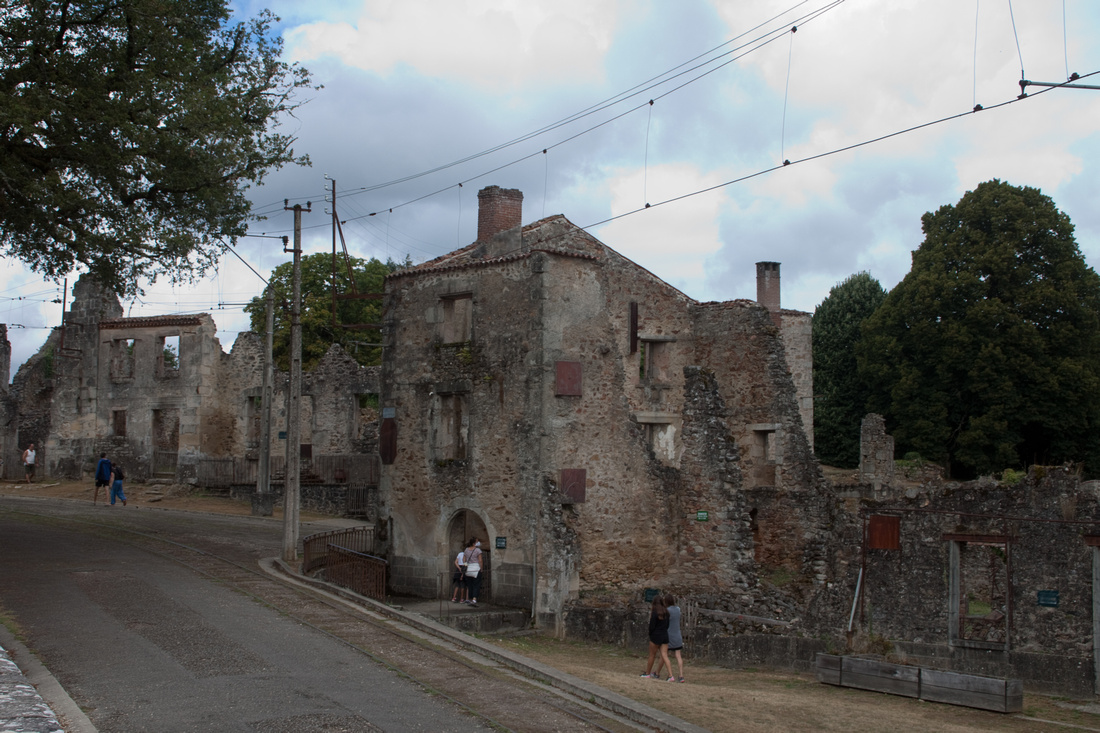 Later that morning Diekmann's battalion sealed off Oradour-sur-Glane and ordered the entire population to assemble in the main square to have their identity papers checked. This included six non-residents who happened to be cycling through the village when the SS unit arrived. The men were led to six barns and sheds where machine guns were already in place waiting for them. According to a survivor's account the SS men aimed for their legs to prevent them from running away and then poured petrol over them and set them on fire. Only six men managed to escape and one of those was seen and shot in the street, but the Germans were not finished yet! 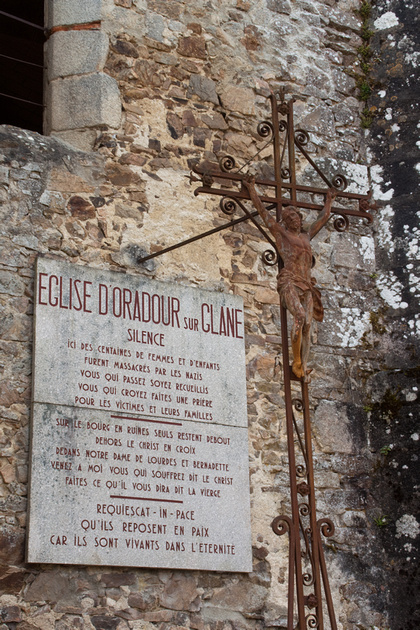 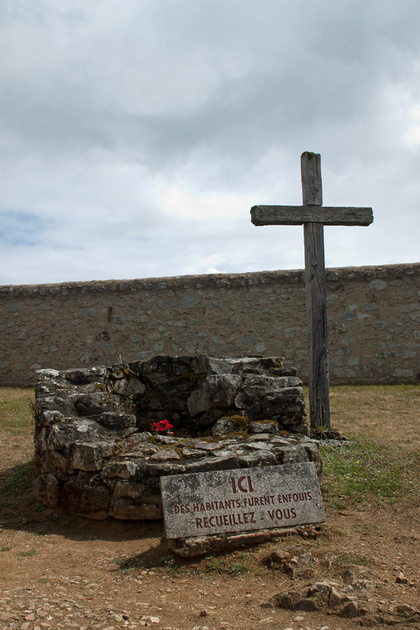 The women and children were locked in the church which was then set on fire, any trying to escape were met with machine gun fire. There was only one female survivor who managed to escape through the sacristy window at the back of the church. The town was then looted and razed and left to serve as a message to any locals in the surrounding area who thought of further acts of resistance. 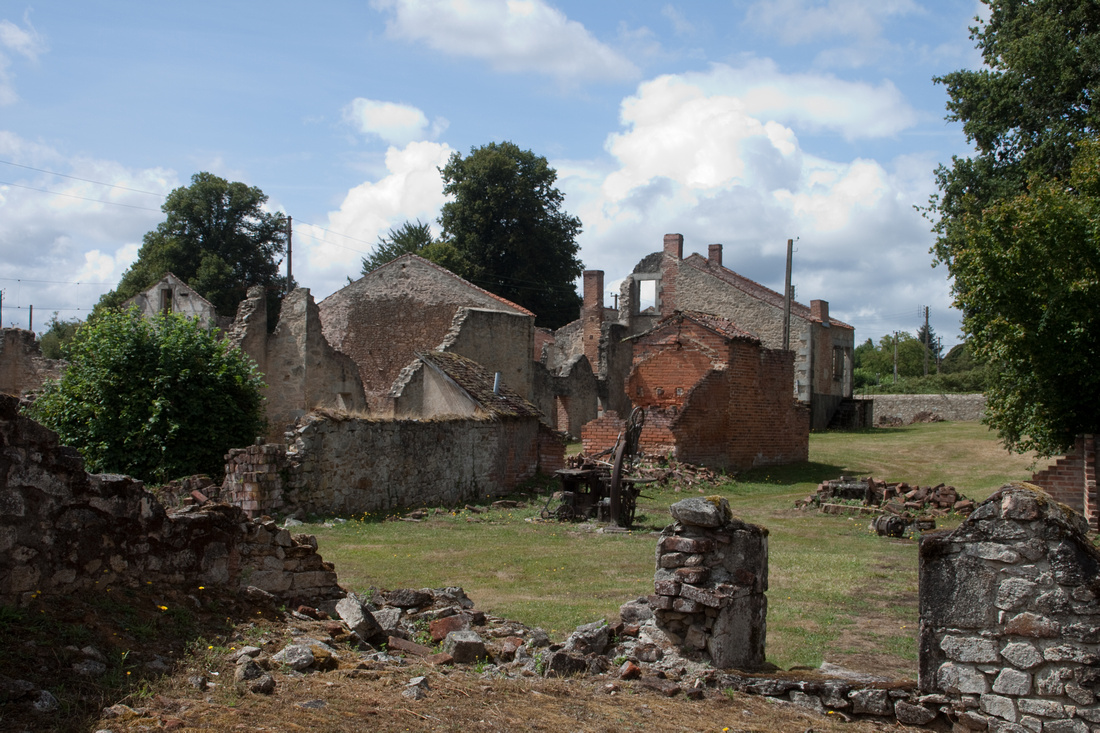 In total 642 unarmed and innocent civilians were murdered that day including 190 men, 247 women, and 205 children. 14 of the perpetrators were Alsatians, French nationals who's home region of Alsace had been annexed by Germany in 1940 (see my blog https://www.imaginate.me.uk/blog/2017/9/border-lands-of-france). 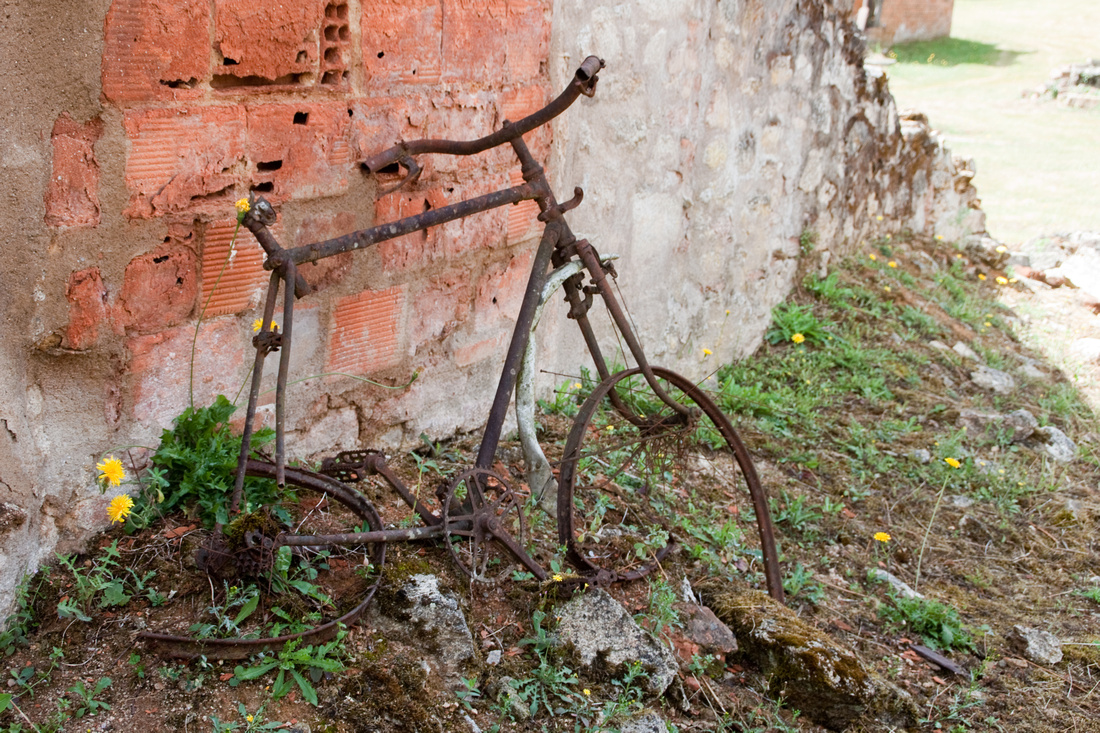 Even German high command felt Diekmann's unilateral action had far exceeded his orders and began an investigation. However, Diekmann was killed in action shortly afterwards during the Battle of Normandy; many of the 3rd Company, which had conducted the massacre, were also killed in action. The investigation was then suspended. 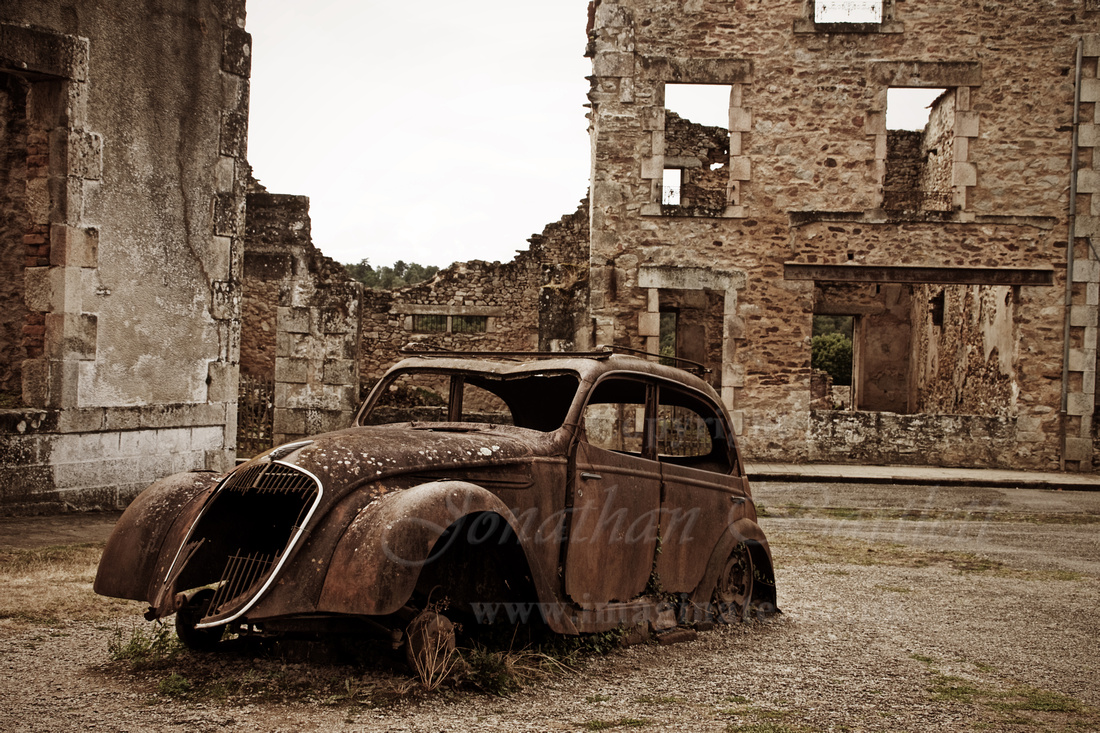 After the war General Charles de Gaulle decided that the village should never be rebuilt, but should remain as a memorial to the cruelty of the Nazi occupation.Now I know that bad things happen in times of war, and that many atrocities have been perpetrated in all conflicts before and since. This is not even a unique event in the context of World War II, nor indeed is it the most brutal example. However the fact that the town is still intact enough that you can easily imagine a thriving community occupying it today gives the site an eerie air which is only enhanced by the scattering of tourists wandering through the streets in hushed reverence. 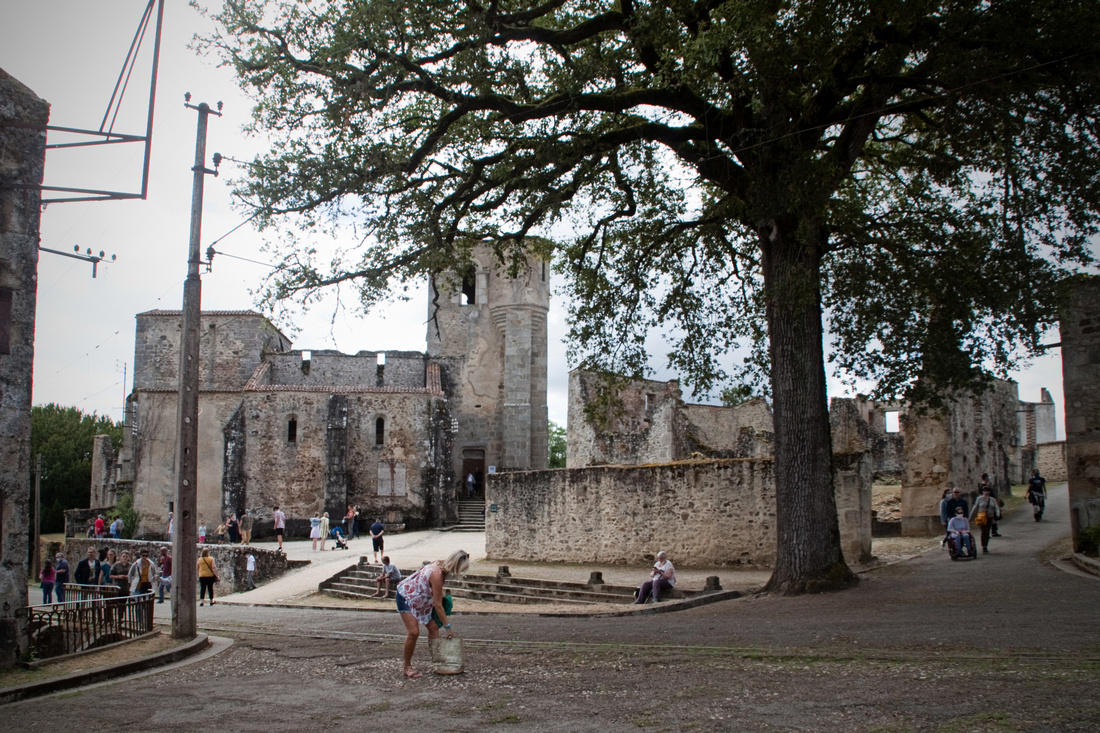 The wording on the side of a memorial near the entrance to the site sums up the inhumanity displayed by the members of the SS. "Here men committed the most serious insult to their mothers and to all women, they did not spare the children." For me, this is why the defence of "I was just following orders" is no defence at all. 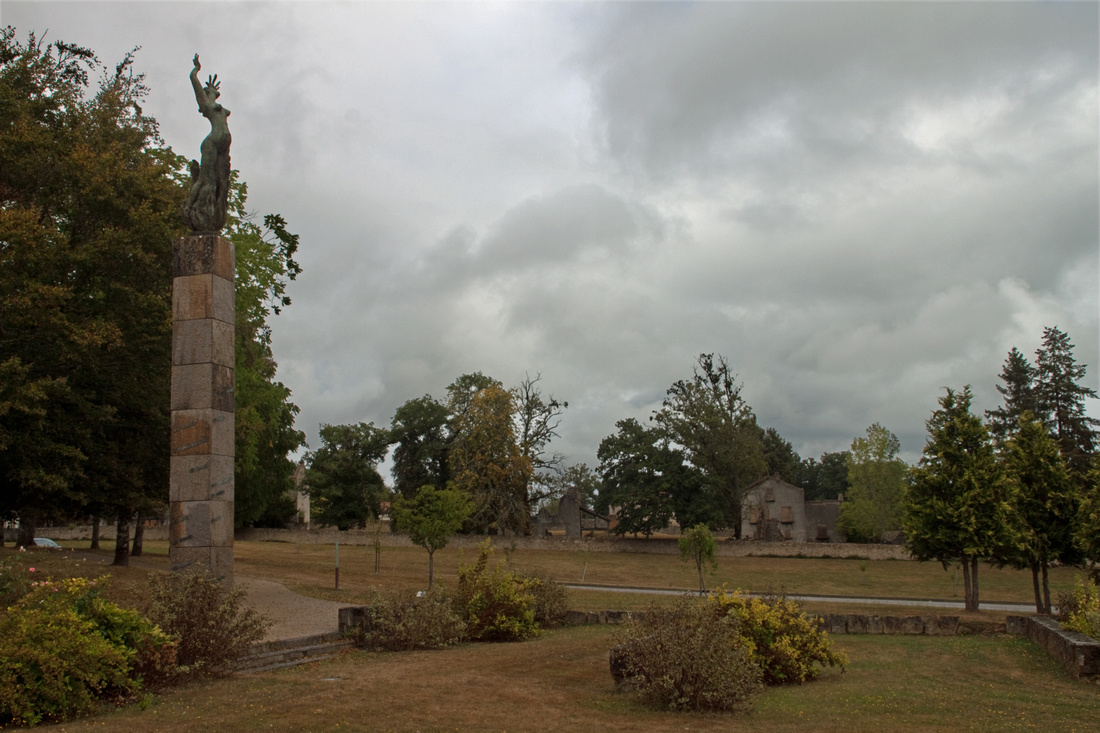 In a world where far right views are on the rise across Europe and America this should serve as a reminder of what can happen if extremism is allowed to continue unchecked. 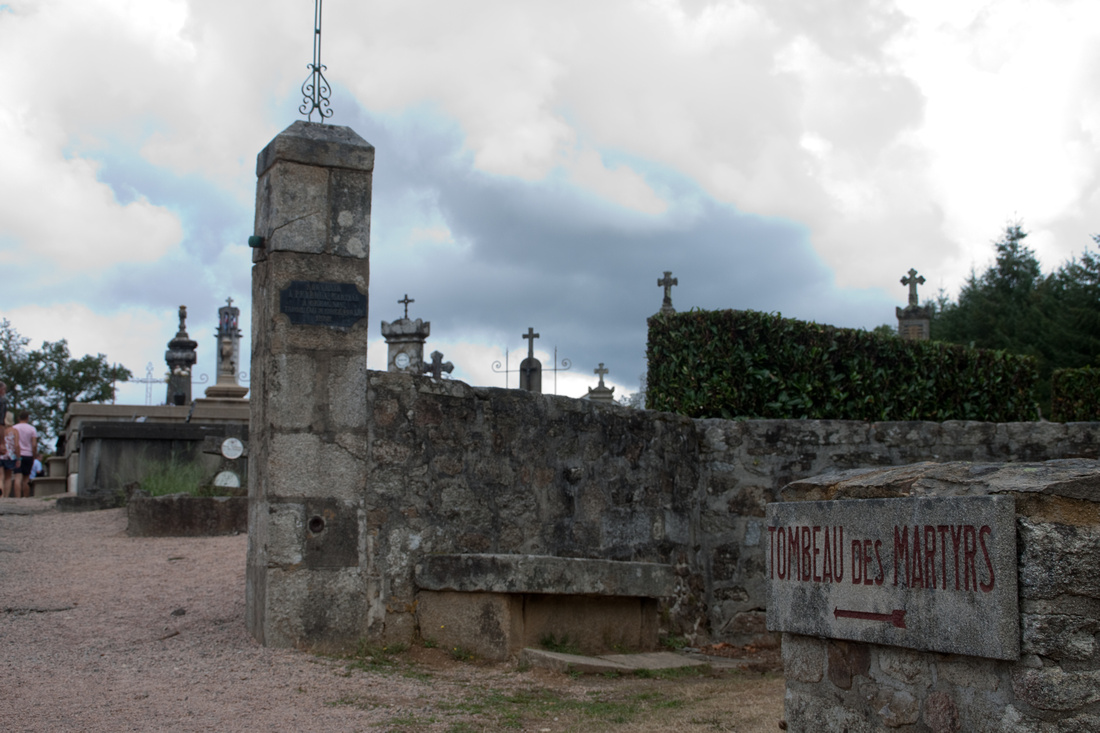 The above picture shows the entrance to the cemetery. I have decided not to show any images of the graves, many of which hold moving memorials including photographs of several generations of families. The majority of the graves in this cemetery have one thing in common, date of death: 10th June 1944.

The new town of Oradour-sur-Glane to the North West of the site of the martyred town was built after the war and is now a thriving town with a population of 2,205 (in 2007).