Last weekend was a thoroughly enjoyable, if rather tiring one: 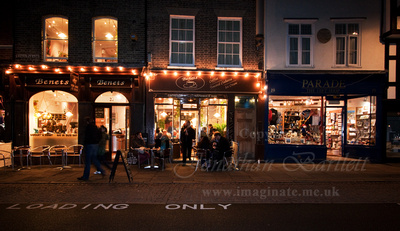 Two friends (Carol & Jayne) from Prism Photography Club in Guernsey came to visit and I had a packed schedule organised.

My friends arrived on Friday afternoon and, after checking them in at their hotel, we went straight in to town to show them around. It was a cold evening and we soon found ourselves in the famous Fitzbillies cafe (a Cambridge institution) with coffee and a 'cheese Chelsea'. The idea of a savoury Chelsea bun may seem strange to those of you who have not tried them but these have to be tried to be believed.

After a good walk around the town we were soon ready for more food and drove out to The Plough Inn in Coton to meet my fiancee Gilly for dinner followed by an early night to prepare for the rigours of the next day. 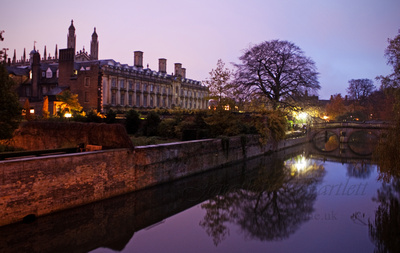 Dawn on Saturday found three figures standing on Garret Hostel Bridge in the rain waiting for what turned out to be an unimpressive sunrise which added little colour to a dull grey sky. We stuck it out for a little while until the light improved, even if the weather didn't, and then walked on to the 'Backs' and Silver Street to photograph the Mathematical Bridge and the punts resting under a dripping willow.

Eventually Carol said "Actually I'm quite hungry" - words which were to be repeated at regular intervals throughout the weekend. So, cold, wet and hungry, we found a welcoming cafe on King's Parade where we were able to dry out clothes and equipment while tucking into a well deserved full English.

Later, refreshed and revitalised but still rather damp, we made our way back onto the streets to go punting up the river Cam and have an "access all areas" tour of some of the historic colleges with Gilly as our guide.

After dark it was time to play! I had a selection of torches, sparklers and a whisk with wire wool (if you don't know what that is for then see the photo above), and we experimented with "painting with light" which was fun and I think I learned a bit about the technicalities of this versatile discipline. It gave me some inspiration so keep an eye open for future photos. Time flew by and so, with our stomachs leading the way, we retired to the Black Horse pub in Dry Drayton. 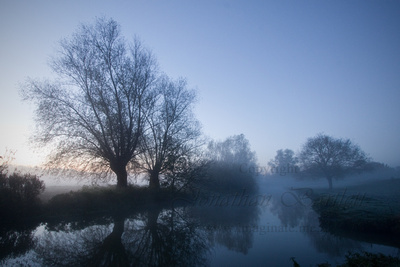 Smoke on the water

The weather on Sunday morning was much kinder to us. As we walked accross Grantchester Meadows a crisp frost crunched beneath our feet and a light mist hung like a veil over the river. This was looking promising; even before the sun came up we were photographing a blue haze over the water and, sure enough, our early start was rewarded with some great landscape shots as the sun rose and cast a pink and orange hue through the mist. 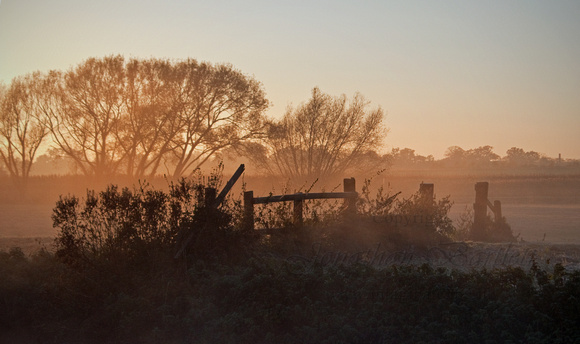 Setting up my camera in a dark field I heard movement behind me and turned around to find a bull, previously unseen, casually grazing 8 feet behind me, but he did not seem bothered by my presence so I decided not to be bothered by his and continued with my shot. Eventually hunger got the better of us once again and so we stopped for breakfast en-route to our next destination. The Raptor Foundation near St Ives, Cambridgeshire, is a great place for photographers and anybody else who is interested in birds of prey. Birds kept in aviaries do not make for good photography as the bars of the cage get in the way but many of these birds are kept on display perches so that you can get some good close-up shots.

Kids love getting up close and personal with the birds as you can see from this picture. 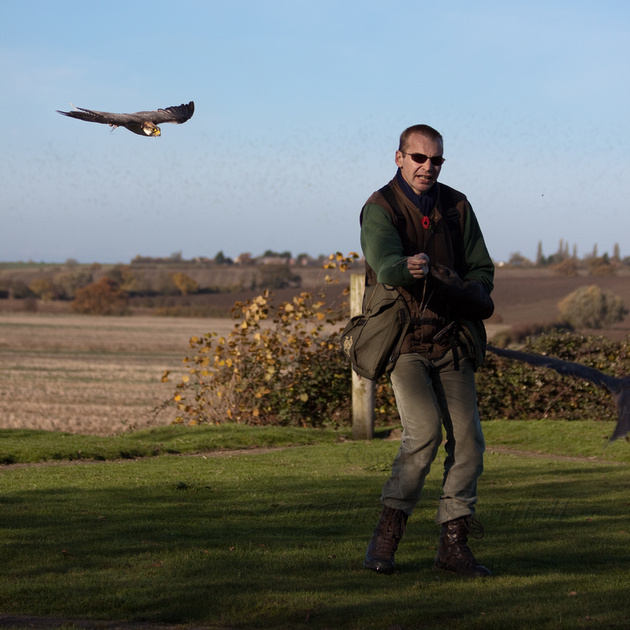 We had timed our visit to coincide with one of the flying displays; a great way to practice your panning skills especially with some of the faster birds.

In this image the trainer concentrates on one falcon approaching the lure as another craftily comes in from behind.

You can see more pictures of the birds in my "Nature" album.

Our last stop was the Welney Wildfowl & Wetland Centre which lived up to its name as all but one hide were closed due to flooding. On the way there we had spotted that one of the main roads was also closed by the floods and the surrounding fields were similarly under water so we decided that this would make just as good a location for our final shoot. 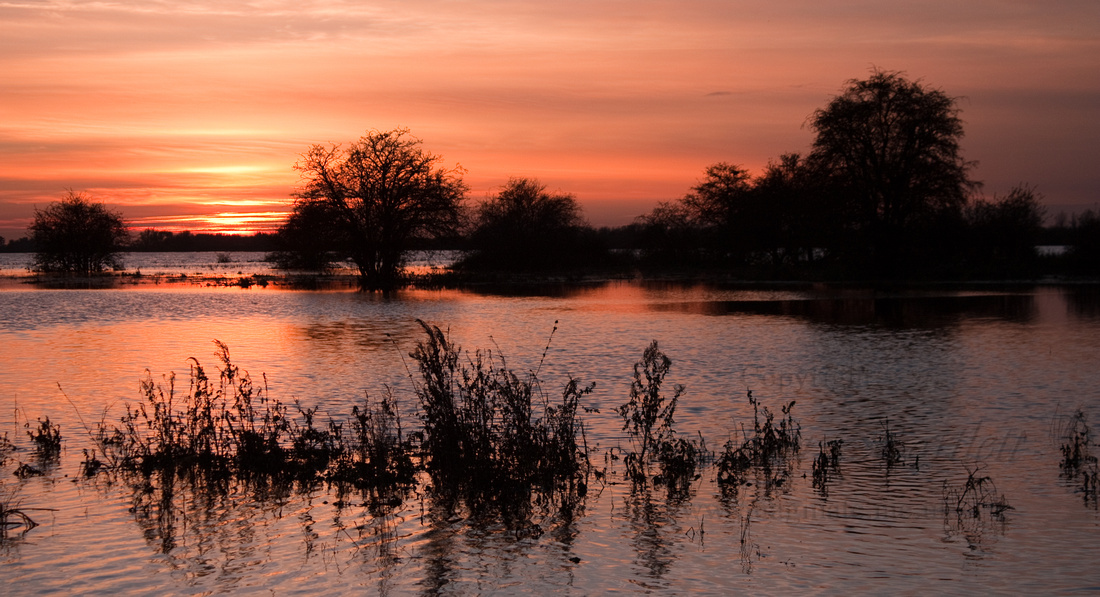 Luckily we all had our wellies with us and waded down the road to find a good viewing spot. This shot was taken while standing in about a foot of water (for my younger readers that's 30cm). At last after two very full days of photography we filled our stomachs once more and tired but happy, went off to get a good nights sleep.

If any of my photography friends in Guernsey think that this sounds like their idea of a fun weekend you are always welcome to visit me in Cambridge and I will be more than happy to show you around.

Since this blog was first published I have visited the Raptor Foundation several times so here are a couple of my favourite images. 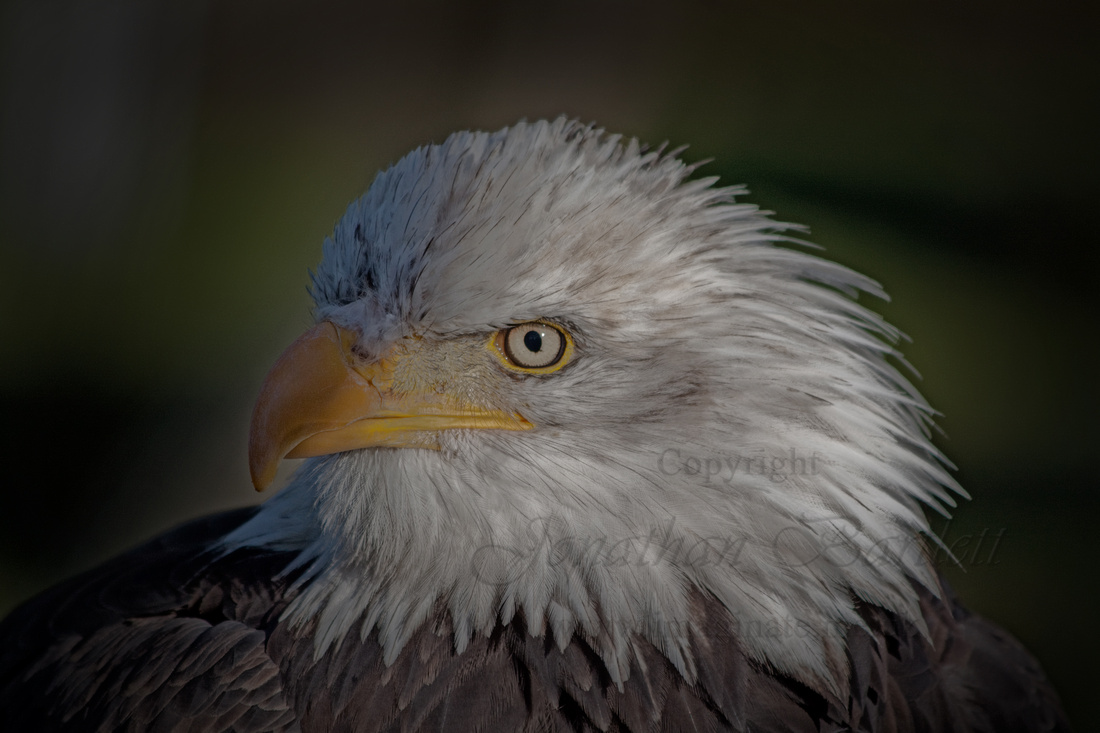 Bald EagleOf all the birds at the Raptor Foundation this chap is by far the most impressive specimen. I could sit for hours just studying him and he has definitely given me some of my favourite bird portraits. 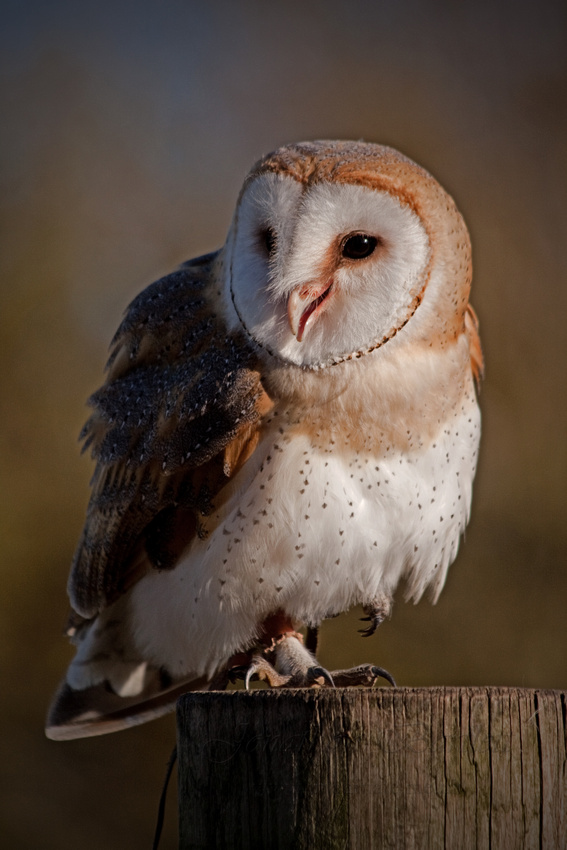 Barn OwlEver since I was a child, when I had a story book with these birds in it, the Barn Owl has always been one of my favourite birds of prey. I don't remember much about the story but I can still see some of the illustrations in my minds eye.
They have the most beautiful plumage with a white frosting over the brown feathers and so much carachter, this cheeky chappie even seems to be smiling for the camera! 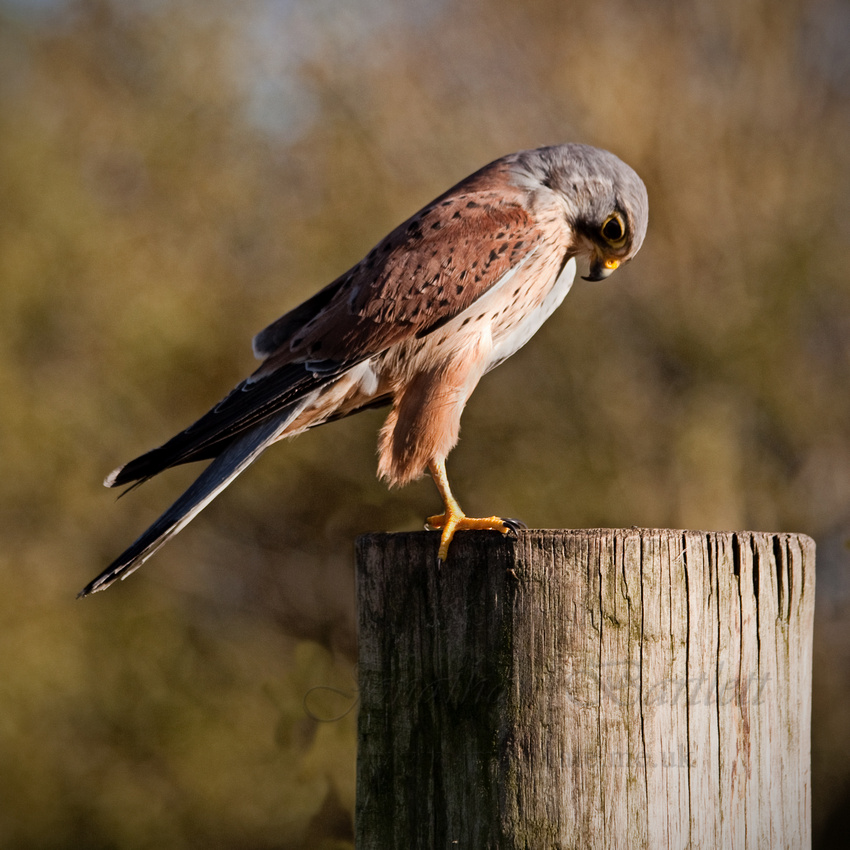 Well that's all for my very first blog entry. I hope you all enjoyed reading it and looking at my pictures. I have already taken the pictures for my next entry "The colours of Lavenham" until then take care.

Jayne Priaulx(non-registered)
Hi, and thank you so very much for a brilliant weekend. My sweatshirt did eventually dry out - so much for 'waterproof' jackets! You obviously have too much spare time, as I haven't even started processing my images from the weekend yet.

See you next month in Guernsey.
Ann.(non-registered)
Wonderful blog Jon. Beautifully written and beautifully photographed. I always did like sitting looking at your holiday pictures with you commentating, rather than looking at them alone. You have a knack of making the viewer feel that they are in the photographed places with you. Great work! I look forward to future blogs.
No comments posted.
Loading...